You have a heavy lead-like thing somewhere in your heart. Lead takes the form of a beast and tells you.

You can't go there.

Because I lack the ability and the qualification to participate in every bright place.

Therefore, resent. What rejects oneself. Hate. This world. Black, black, fill with your hatred. The cause and the result are unknown. Paint it black. That is your will in itself. You were born in this world as such. Kill me. Hate. Break it. Slaughter your beloved parents. The hypocrisy of humans who showed their attention as acquaintances, a blade on the face of a beautifully smiling girl, unreasonable violence on the children to be protected, despair for all those who love this world. It seems like an absolute curse.

Oh, darkness is safe. This darkness is dingy. It is full of feces, gives off a bad odor, and melts the human foot that is stepping on it. It's safe here. This stink is the wall of air that protects you. This stool is an interceptor device that drives away things that come near. Nothing can go in here.

Fill. Black. The line of sight of those well-meaning human beings could be filled.

The beast goes to bed. A quiet time comes. It's about midnight.

Your feet roam the night. People are sleeping Not active. This is the right figure. It is right that all human beings exist like things, without affecting anyone in the night.

You go through the night and eventually meet in the morning. Cleaving the dark darkness, the summer sun rules the world. The sky burns red and eventually becomes blue. Helplessly, genuine blue dominates the sky. No matter how much the world is painted black, the blue of the sky will seep in through a few holes.

The sky is so blue and cruel.

You know that darkness is safe. At the same time, I know that the world is beautiful. You are torn because both are true. It's hard to be torn. It's painful because I'm the one who feels and sees. Yes, there is a very simple solution.

If you are lonely and you can't find a reason to live tomorrow. For the time being, I lived without dying today. But what about tomorrow? Suppose that today, without dying, is just alive and lasts for decades.

However, you are still dying. Tomorrow, at the moment when I want to deny everything, even the world, human beings, myself, and be rejected by all, and disappear, I still eat and go to the toilet. Is there such a miserable thing? Is a person a physical slave?

And if the life is lonely, you allow yourself to be lonely. It can be said that it can be tolerated. If you are lonely and live without dying, your loneliness is rich enough to support your life.

Many people can't stand being lonely. If you want to escape loneliness, throw yourself away. You may think it is a condition of participation in the human world. But not. The only way to escape loneliness in that way was because I originally had nothing to throw away. You don't have to envy it. There is no possibility of not having it.

You may say that this loneliness was not the one you chose. You may say that it is a given loneliness. That loneliness will undermine you. It takes away the energy to live, feeds the beast, eats you, humans, and the world. That annoying thing might make you dream of a wonderful one time, but you'll ask what it means. And that question is probably legitimate.

But nevertheless, I say.

The loneliness is your property.

It taught you the darkness of humans. Or taught the beauty of the sky to the point of pathology. I taught the weakness of people. I taught that sad dream of children walking in the summer grass. Taught how fascinating a girl was to disappear in the middle of the white world. Taught that you were a human by the side of the night, taught the tenderness that crouched in the corner of the world of dusk, and taught you the beauty of the flickering of late-night signals.

It is the only thing in the world that you have. It is a property, even if it is inevitably given.

keep going. Walk. You can fall. It doesn't matter if you're covered with filth, a sly existence, a coward, or less than garbage. You are born of filth, so there is nothing to fear.

You wouldn't believe it. No matter how much you say this, it may not reach you. But I repeat as often as an idiot. The world is beautiful. It's always beautiful because this is the only world you have been given.

Say again and again. The world is beautiful. That is absolutely true.

You can get there by yourself.

The truth only starts from there.

That' all, to myself, at the age of 27, I realized with despair that the world seems to be beautiful. 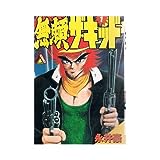 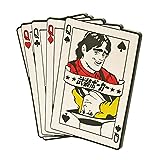 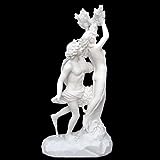